According to the EPA Website: “Vermiculite is a naturally-occurring mineral composed of shiny flakes, resembling mica. When heated to a high temperature, flakes of vermiculite expand as much as 8-30 times their original size. The expanded vermiculite is a lightweight, fire-resistant, and odorless material and has been used in numerous products, including insulation for attics and walls. Sizes of vermiculite products range from very fine particles to large (coarse) pieces nearly an inch long.

A mine near Libby, Montana, was the source of over 70 percent of all vermiculite sold in the United States from 1919 to 1990. There was also a deposit of asbestos at that mine, so the vermiculite from Libby was contaminated with asbestos. Vermiculite from Libby was used in the majority of vermiculite insulation in the United States and was often sold under the brand name Zonolite. If you have vermiculite insulation in your home, you should assume this material may be contaminated with asbestos and be aware of steps you can take to protect yourself
and your family from exposure to asbestos.

Risk of Exposure to Asbestos If You Have Vermiculite Insulation

Asbestos causes cancer and other diseases. There is no known safe level of asbestos exposure. Asbestos fibers must be airborne to cause a health risk through inhalation, so the first step is not to disturb the material, which would release more fibers into the air. If you remove or disturb the insulation, it is probable that you may inhale some asbestos fibers – the degree of health risk depends on how much and how often this occurred. If you do not go into your attic, handle, or disturb the insulation, it is likely that you will not be exposed to asbestos fibers
from vermiculite insulation. Also, you need to consider if any disturbance of the insulation – possibly by a contractor doing work in your attic – may result in the fibers being deposited into
other areas of your house where an exposure might be possible.

It is not possible to say whether your exposure may result in disease. Exposure to asbestos increases your risk of developing lung diseases including asbestosis, lung cancer, or  mesothelioma, and disease may not occur until decades after exposure. The risk of disease increases as the level, duration, and frequency of exposure increases. That risk is made worse by smoking.

If You Have Vermiculite Insulation
YOU SHOULD ASSUME THE VERMICULITE CONTAINS ASBESTOS
AND DO NOT DISTURB IT!

Any disturbance could potentially release asbestos fibers into the air. If you absolutely must go in your attic and it contains vermiculite insulation, you should limit the number of trips you make and shorten the length of those trips in order to help limit your potential exposure.

We (EPA) recommend that you:

The crew arrived promptly at the scheduled time. Everyone was very considerate and took care to not damage any areas not being worked on as part of this project. Everyone worked very hard to get the project done in one day and they left the area very tidy. Communication ahead of and after the project was top-notch and all my questions were answered right away. I would highly recommend this company.

American Abatement and Demo was recommended to us after we ran into the small complication of asbestos while attempting to remove an old boiler out of our home. Aaron took our call directly and could absolutely sense our concern and the urgency of our situation. He and his wife went out of their way to come by the home and review the situation. From there, the process was expeditious and incredibly efficient. I cannot thank all the team members enough for their time and care. Aaron, Bruce, Kyle, Jeffery, Louie and all the others whose names I’m forgetting…. thank you! I will also give a HUGE thanks to Aaron and Louie for taking down the Sherman Tank of a boiler and making way for our new system. Your dedication, determination, and raw strength were completely awesome. This is how a business should be run. It was truly a pleasure.

We had such a wonderful experience working with American Abatement. We had a very tight timeline on a tear-down/new-build project and Aaron took such great care of us. We were sure our project was going to be delayed which would have forced us to incur price increases with our builder, but he took care of us within 2 business days and was very affordable. You can count on American Abatement to do the right thing for their customers. They are timely, reliable, and professional. I would not hesitate to hire them again or recommend them to any friend. Thank you, Aaron and American Abatement!

A professional family company, with which it has been a pleasure to work. The employees were respectful of my neighborhood and me.

In the midst of a high-stress situation (purchasing a new home, replacing the floors, and realizing that we had asbestos to deal with), Aaron and the team at AAD were incredibly helpful, reassuring, prompt in their responses, and overall the least stressful part of the process so far an impressive accomplishment, when we were dealing with an unexpected hazmat situation. While we hope to never need their services again, we would unhesitatingly use them again and recommend them to others.

Aaron and the whole team were great! They were very professional and friendly. I was walked through the removal procedure and explained everything. The whole company, from start to finish were wonderful to work with. Companies like this, make having to do needed projects, a little less nerve-racking.

Aaron was thoughtful knowledgeable and most importantly actually came to my house to look at the job. Another company wanted to charge us twice as much site unseen! I will use American Abatement again, if needed!

They did their work in a timely fashion. They were courteous, professional, and paid attention to all the details of removal. If I had any more vermiculite, I would use this company again.

Aaron at American Abatement was very knowledgeable, friendly, great communication about the process before, during and after doing the work. Send many pictures and updates throughout the process. Helped us to feel safe and secure about the work their company was doing.

Aaron and his team were just awesome. We originally hired AA&D to remove our popcorn ceiling. We wound up having them remove some drywall which tested positive for asbestos as well. Aaron walked us through the process, and what to expect; he also offered suggestions to keep our costs low, like doing just the first floor of the house. After the removal, our ceilings look good. A few other areas in our house have tested positive for asbestos as well and when the time comes, we’ll be hiring Aaron and his crew again.

When they started the popcorn ceiling removal the job was moving as expected. When they got to the living room the material was under several layers of paint and this slowed the job significantly. The guys ended up working 14 hours on an 8-hour job. They stayed very late to ensure I could return to my home that night. STRONG WORK!!!!!!

After getting a few quotes and meeting Aaron in person, we decided to go ahead and work with American Abatement and Demo. We are very satisfied with the work they did in removing vermiculite insulation from our attic. They were very clear in how they would do the work and what to expect. They were also very prompt in providing documentation showing test results (asbestos air quality test after work completion) and removal invoices, as well as prefilling the paperwork for the Zonolite trust fund rebate. Highly recommend!

I would highly recommend Aaron and his crew. Aaron came out to our house, explained the entire process and our options. He took only the samples required and didn’t try to upsell us on more samples. Within an hour he had the results and talked through with us all our options for removal and abatement. Communication was great the entire time and Aaron kept us well informed every step of the way. His crew did an excellent job cleaning up and got everything done even with the holidays. Great job!

Contact us today to see how we can help

We are here to help take the stress out of your project. 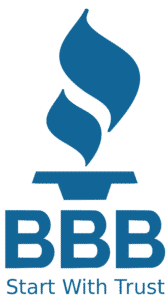 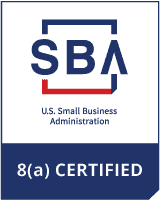